Meshes are created from very simple elements, points and lines. The points are called vertices, and a single point is called a vertex. Vertices define points in 3D space. In Unity3D, three connected vertices form a triangle and these triangles define the mesh of objects.

Unity lets us create dynamic meshes with scripts. Creating meshes on the fly (at runtime) allows us to create procedurally generated terrain, for example a voxel terrain like MineCraft uses can be built with dynamic meshes in unity.

We are going to create a cube mesh from script. So lets start by defining the vertices of our cube. 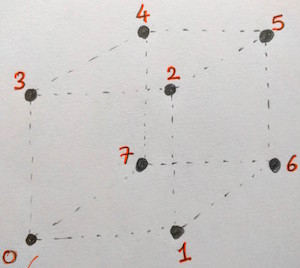 Picture above shows 8 vertices numbered through 0 to 7. Vertex index 0 is at position [0, 0, 0] and each edge of the cube has a size of 1 unit. The vertex array for the above cube is as follows: 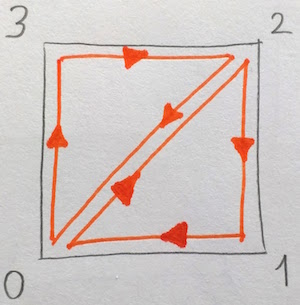 And picture below shows the final cube. 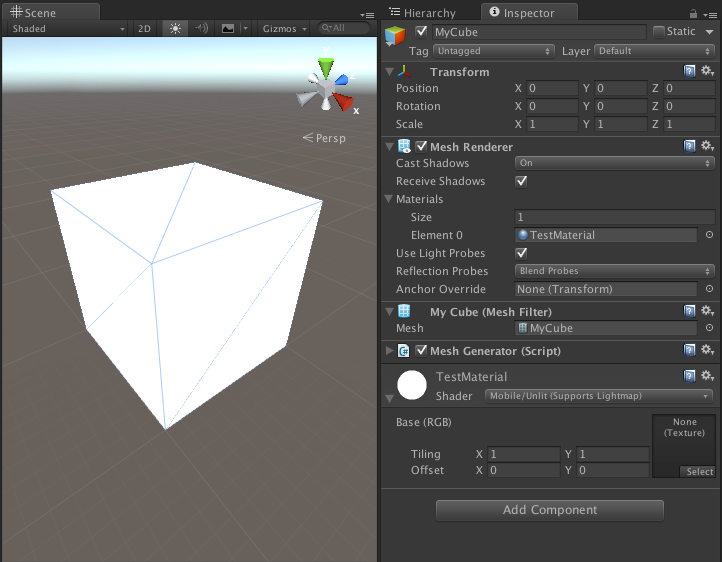 Next post shows how to apply a texture to the cube mesh we have just created.